There are two national borders within the program area; a maritime border between Finland and Sweden and a land border between Sweden and Norway. The maritime border covers the Kvarken area and parts of the Gulf of Bothnia lying directly south and north of Kvarken. The sea and archipelago in the Gulf of Bothnia is a common concern and resource for regions on both sides. The maritime heritage, in the form of common geological history, is also the foundation for the common natural heritage of High Coast – Kvarken Archipelago.

The mountains running along the border between Sweden and Norway is one of the mountainous borders of Europe. The mountains are a resource for both countries offering possibilities for experiencing nature and recreation as well as a common tourist destination. 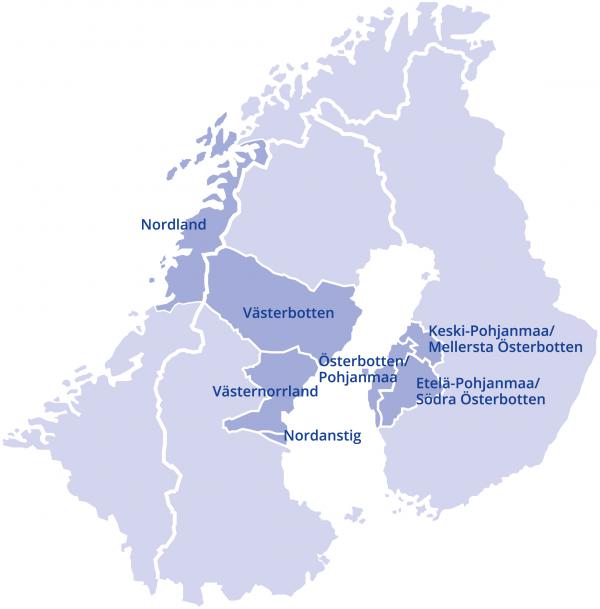